Blurb: Together again at last after their excursion into Italy, it’s going to be a hot and heavy reunion for Charley and Rayflo. And apparently a short-lived one. Still on edge about Barry and his machinations, Rayflo is reluctant to get his favorite vassal involved and so as soon as they escape Yaoding, he’s off again.

My Thoughts: I really liked this volume. I feel I got a better understanding. There was more revealed. The nice scene from the end of the last volume carried over from the previous one. Their feelings for each other seemed to be confirmed in this volume.

Blurb: Charley, a cyborg vampire who does the Vatican’s dirty work, is the thrall of the local vampire playboy Johnny Rayflo. As the two fight crime-and each other-hilarity, violence and sacrilege ensue!

My Thoughts: So, I had to re-read from the beginning (again … for the like the 3rd time) because it has been a year since my last try. I am not sure what my issues was last year because I LOVE this series. I am liking even more this time around.

I am getting a feel of the bigger picture this, now that I am paying attention. I am still kind of confused on some things. There are bunch of lovely scenes in this volume, but some are a little graphic. There are snippets of the past but never really explains, which I love. I also really liked the ending of this volume.

Blurb: Allie will embrace her cold vampire side to hunt down and end Sarren, the psychopathic vampire who murdered Zeke. But the trail is bloody and long, Allie and her companions – her creator Kanin, and her blood brother, Jackal. The trail is leading straight to the one place they must protect at any cost – the last vampire-free zone on Earth, Eden. And Sarren has on final, brutal shock in store for Allie.

My Thoughts: I am not sure what to say without spoiling. I really liked how everything turned out, even though I was shocked and sad. I saw some parts coming, but not all. There was just a little too much fighting for my taste and this book seemed a little dragged out. There parts that made up for it. I ended up liking characters I was sure I would loathe.Overall, I would say I really enjoyed this trilogy. I am sad to see it end.

Funny story. I was trying so hard to finish this book Wednesday (yesterday). I started at 55% and made it to 94% before I had to leave for work. I planned to finish it on my breaks, but it ended up only being like three pages left of the story! So, I technically finished it after midnight … today.

Blurb: Before The Immortal Rules, there was Red Lung, a relentless virus determined to take out all in its path. For Kylie, the miracle of her survival is also her burden — as a doctor at one of the clinics for the infected, she is forced to witness endless suffering. What’s worse, strange things are happening to the remains of the dead, and by the time she befriends Ben Archer, she’s beginning to wonder if a global pandemic is the least of her problems …

My Thoughts: I was not paying too much attention with this series, I guess. I read this in a book that was a collection of novellas by various people titled ‘Til the World Ends.

Anyway, I really enjoyed this novella because it is set in the time when normal life is about to completely disappear. It makes me feel more connected to the series, because this is more relate-able than the point in time in the main books. I also loved the main characters.

I would recommend reading the main books before the novella, because it would take some of suspense and wonder out of the series and that’s no fun.

Blurb: She has done the unthinkable: died so she might continue to live. Cast out of Eden and separated from the boy she dared to love, Allie will follow the call of blood to save her creator, Kanin, from the psychotic vampire Sarren. But when the trail leads to Allie’s birthplace in New Covington, what Allie finds there will charge the world forever – and possibly end human and vampire existence.

My Thoughts: I am having mixed feels about whether I like this series or not. I am liking certain parts, but I also feel that is kind of dragged out. It is not boring or anything, and I can’t really describe it without spoiling. Anyway, I will say I almost threw the book across the room a couple times. I am anxious to finish the trilogy, but I will have to read the novella first because it is dangerously close to being overdue — tomorrow!

Blurb: Allison Sekemoto survives in the Fringe, the outermost circle of a vampire city. By day, she and her crew scavenge for food. By night, anyone of them could be eaten.

Some days, all that drives Allie is her hatred for them. The vampires who keep humans as blood cattle. Until the night Allie herself is attacked – and give the ultimate choice. Die … or become one of the monsters.

My Thoughts: At first, I had a hard time getting over how much this book reminded me of the world from the Darkness Before Dawn trilogy. However, the similarities quickly faded away. I like the structure of the story line, as well as the characters. I feel that Allie should be more conflicted, but maybe I am too critical sometimes. I enjoyed the ending of this book (suspense!) and am excited to read the next.

Oh! I have noticed something since I have the first two books already from the library. The covers do not match. I have found out that the hardback cover looks different in the first book only. The paperbacks seem like they would look nice together. That upsets me. I like the cover for the paperback edition.

Blurb: Man had not yet learned to fly when H.G. Wells conceived this story of a Martian attack on England. Giant cylinders crash to Earth, disgorging huge, unearthly creatures armed with heat-rays and fighting machines. Amid the boundless destruction they cause, it looks as if the end of the world has come.

My Thoughts: For some reason, I had a hard time really getting into this book. I liked it, but I just had trouble staying focused. I believe it would have been amazing to read this novel when it was published in 1897. I took from this book several different things. It reminded me that humans are horribly unkind (putting it lightly) to other animals. This was pointed out in the book, and I think more people need to realize this. Also, I realized that life as we know it can change in a snap. We need to appreciate the present.

Blurb: Twenty-five years before, her mother had died a scandalous death. Alex believed one of three powerful men had murdered her. Each was charming; each was a suspect. And each tried to shield her from his sins and secrets. But only one of them could ignite a desire as passionate as her need for the truth.

My Thoughts: There was a lot of suspense and surprises, which I enjoyed. I felt horrible for Alexandra because how her grandmother treated her. It was interesting to read about though. 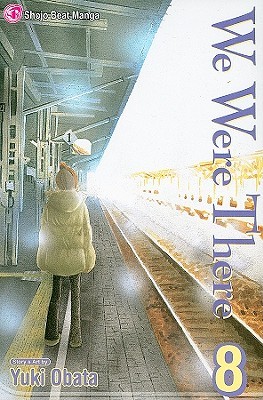 Blurb: I don’t know if I’m following my fate… …or going against it. But there is one thing I want… …and that is for Yano’s wish to come true. Nanami Takahashi falls for Motoharu Yano, the most popular, carefree boy in class. For Nanami, it’s first love, but Yano is still grieving the death of his girlfriend who died the year before.

My Thoughts: It took me awhile to get back into the manga after such a long break from it. Yano and Nanami is so cute. They made some promises along the way. Near the end of this book they grow into adults.

Blurb:  After thirty years of marriage, Wilson Lewis, son-in-law of Allie and Noah Calhoun (of The Notebook), is forced to admit that the romance has gone out of his marriage. Desperate to win back his wife, Jane’s, heart, he must figure out how to make her fall in love with him… again. Despite the shining example of Allie and Noah’s marriage, Wilson is himself a man unable to easily express his emotions. A successful estate attorney, he has provided well for his family, but now, with his daughter’s upcoming wedding, he is forced to face the fact that he and Jane have grown apart and he wonders if she even loves him anymore. Wilson is sure of one thing–his love for his wife has only deepened and intensified over the years. Now, with the memories of his in-laws’ magnificent fifty-year love affair as his guide, Wilson struggles to find his way back into the heart of the woman he adores.

My Thoughts: I was surprised by this book. Unlike the first novel in the series, I did cry with this one. I love how everything turned out. I will not even give a hint of what is because I was so surprised and loved it. However, I will say that at first I did not like that it switched main characters. I really enjoyed this book. I am sad to part from this story line.