Blurb: Did you know that: there are 700 ways of committing a foul in Quidditch? The game first began to evolve on Queerditch Marsh – What Bumphing is? That Puddlemere United is oldest team in the Britain and Ireland league (founded 1163). All this information and much more could be yours once you have read this book: this is all you could ever need to know about the history, the rules – and the breaking of the rules – of the noble wizarding sport of Quidditch.

Read Via: Hardback book (own it)

My Thoughts: Just as I stated with the Fantastic Beasts books, this would have helpful when I was reading Harry Potter. However, this one was my least favorite of the short novels. I probably would have been more entertained when I was younger.

Blurb: Set in England’s Downs, a once idyllic rural landscape, this stirring tale of adventure, courage and survival follows a band of very special creatures on their flight from the intrusion of man and the certain destruction of their home. Led by a stouthearted pair of friends, they journey forth from their native Sandleford Warren through the harrowing trials posed by predators and adversaries, to a mysterious promised land and a more perfect society.

My Thoughts: A friend of mine had me watch the movie adaption when I was in junior high. It changed my view of the world forever. Therefore, I wanted to read the book. This book is so detailed and covers so much. It is an amazing book, and I really enjoyed reading it. It opens your eyes of the lives of other animals. The development and adventure was just great. I liked the ending as well.

Blurb: Suppose your life sucks. A lot. Your husband has done a vanishing act, your teenage stepson is being bullied and your math whiz daughter has a once-in-a-lifetime opportunity that you can’t afford to pay for. That’s Jess’s life in a nutshell—until an unexpected knight-in-shining-armor offers to rescue them. Only Jess’s knight turns out to be Geeky Ed, the obnoxious tech millionaire whose vacation home she happens to clean. But Ed has big problems of his own, and driving the dysfunctional family to the Math Olympiad feels like his first unselfish act in ages . . . maybe ever.

Read via: Hardback (own it)

My Thoughts: At first, I had a hard time getting into this novel, but that quickly resolved itself. I loved all the characters, and the adventure they had. The romance was sweet. It was an overall awesome book.

Blurb: When Elizabeth Bennet first meets eligible bachelor Fitzwilliam Darcy, she thinks him arrogant and conceited; he is indifferent to her good looks and lively mind. When she later discovers that Darcy has involved himself in the troubled relationship between his friend Bingley and her beloved sister Jane, she is determined to dislike him more than ever. In the sparkling comedy of manners that follows, Jane Austen shows the folly of judging by first impressions and superbly evokes the friendships,gossip and snobberies of provincial middle-class life.

My Thoughts: This was one of the classics that I knew little to nothing about. I ended up enjoying it much more than I thought I would. The whole language from that time was hard to understand at times, but I found it entertaining.

I think that the idea of love and romance is interesting in the book. It was hard to comprehend at times. However, I liked the romance between the characters (no spoilers. Lol).

Blurb: The story of the orphan Oliver, who runs away from the workhouse only to be taken in by a den of thieves, shocked readers when it was first published. Dickens’s tale of childhood innocence beset by evil depicts the dark criminal underworld of a London peopled by vivid and memorable characters—the arch-villain Fagin, the artful Dodger, the menacing Bill Sikes and the prostitute Nancy. Combining elements of Gothic Romance, the Newgate Novel and popular melodrama, Dickens created an entirely new kind of fiction, scathing in its indictment of a cruel society, and pervaded by an unforgettable sense of threat and mystery.

Listened to Via: Audiobook (library)

My Thoughts: I only had a vague idea of how this book would go. I had some trouble listening to the audio some times, and I would get confused. I was into the book a first but most of the time I was bored for the most part. However, the ending really caught my interest! I am glad I stuck with it. I really enjoyed it overall. 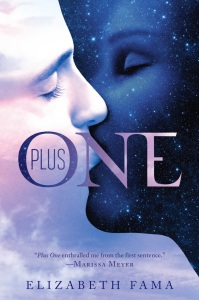