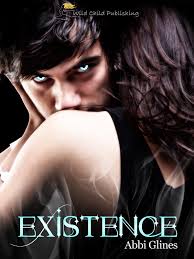 What happens when you’re stalked by Death? You fall in love with him, of course.

Pagan Moore doesn’t cheat Death, but instead, falls in love with him.

Seventeen year old Pagan Moore has seen souls her entire life. Once she realized the strangers she often saw walking through walls were not visible to anyone else, she started ignoring them. If she didn’t let them know she could see them, then they left her alone. Until she stepped out of her car the first day of school and saw an incredibly sexy guy lounging on a picnic table, watching her with an amused smirk on his face. Problem is, she knows he’s dead.

Not only does he not go away when she ignores him, but he does something none of the others have ever done. He speaks. Pagan is fascinated by the soul. What she doesn’t realize is that her appointed time to die is drawing near and the wickedly beautiful soul she is falling in love with is not a soul at all.

He is Death and he’s about to break all the rules.

I absolutely loved this book. It was so different from what I usually read and it held my interest. I had this book finished in about a day. The only thing I wish that was different about this book is, I think it should be in both point of views, Death’s and Pagans. I read some chapters on the authors website that are in Death’s point of view and I thought it was cool to know what he was thinking in certain parts of the book too.

I decided to read this book after reading CK’s review and hearing about it from her. First off, I love the cover. Second, I loved most the characters. You could relate with Pagan because you could see how see was thinking. Otherwise, I would have disiked her very much for how she acted. I already knew some of the things Pagan was searching for, because CK told me about it as she was reading it, but I still enjoyed it. I was anxious to find out all the answers too. Lastly, the book ended nicely and with a sentence that made me yell “WHAT?”

3 thoughts on “Existence by Abbi Glines”